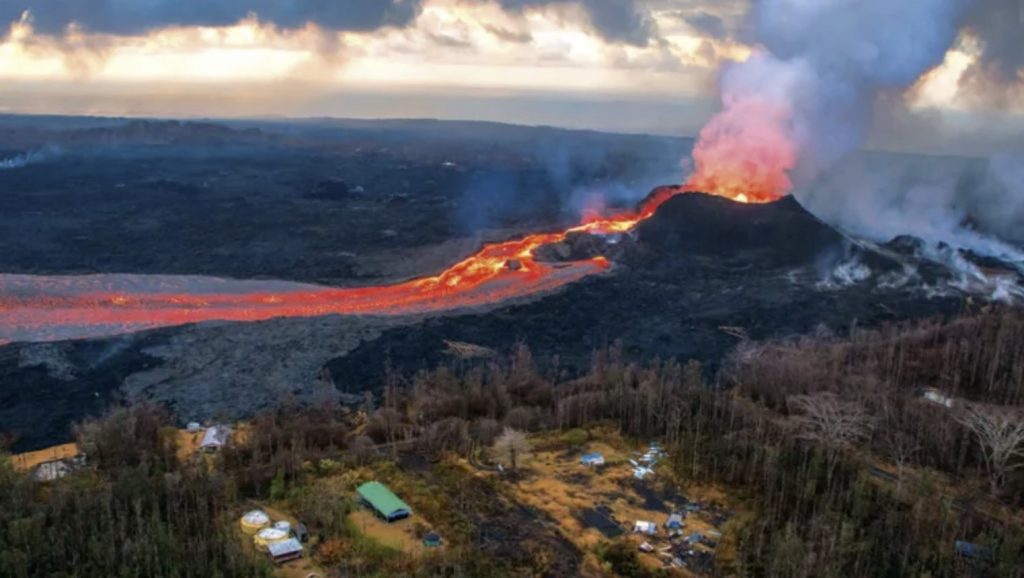 A new study suggests that the Kilauea volcano eruption in 2018 was triggered by extreme precipitation.

The Kilauea volcano eruption, Hawaii, was one of the most extraordinary eruptive sequences in at least 200 years, but the trigger for what happened remained elusive.

According to a new study, a large eruption of Kilauea volcano in 2018 was caused by massive precipitation. According to the findings of a group of scientists, this event was preceded by several months of abnormally high rainfall.

It has been suggested that precipitation can provoke volcanic activity, but it remains unknown whether they can affect large depths associated with magma transfer.

In this new study, the authors show that immediately before and during the eruption, sediment infiltration into the bowels of the Kilauea volcano increased pore pressure at depths of 1 to 3 kilometers by 0.1-1 kilopascals, reaching its highest pressure in almost 50 years.

Scientists suggest that the weakening and mechanical destruction of the volcanic cone was caused by a change in pore pressure within the fault zone, which led to the appearance of cracks and ultimately caused an eruption.

The trigger for the eruption caused by precipitation is consistent with the lack of previous summit inflation, showing that this invasion – unlike others – was not caused by the violent invasion of new magma into the rift zone.

In addition, a statistical analysis of historical eruptions indicates that the nature of the precipitation contributes significantly to the timing and frequency of Kilauea eruptions.

Thus, volcanic activity can be caused by extreme precipitation causing the destruction of rocks of volcanic cones – a factor that should be considered when assessing volcanic hazard.