Extreme temperatures: in Baghdad, plus 51 degrees 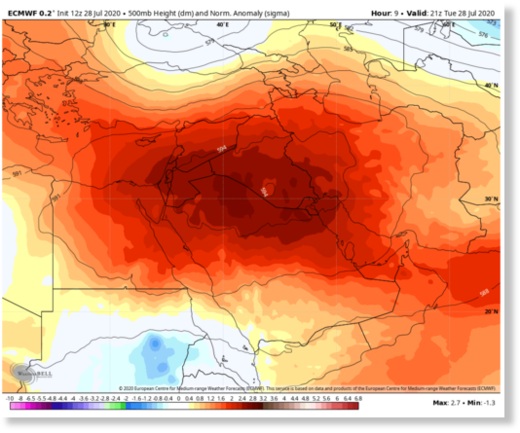 In Baghdad, the temperature rose to 51 degrees Celsius, which is a record high in the entire history of observations.

The intense heat forced many residents to take shelter indoors, and street vendors had to look for any shade they could find. With the failure of the state power grid, many households relied on generators to power refrigerators, fans, or air conditioners.

Security forces shot dead two demonstrators during the demonstrations due to lack of electricity and basic services during the heat wave.

In neighboring Lebanon, where a nationwide electricity crisis meant that much of the country had less than three hours of government-provided electricity per day, the cost of a generator doubled and many households were left without them.

Meteorological expert Maximiliano Herrera tweeted that a location about 30 miles east of Beirut had the highest temperature in Lebanon on Tuesday at 45.4 Celsius, while some areas in Iraq and Saudi Arabia also set records.