February 2018 became the warmest in the history of observations 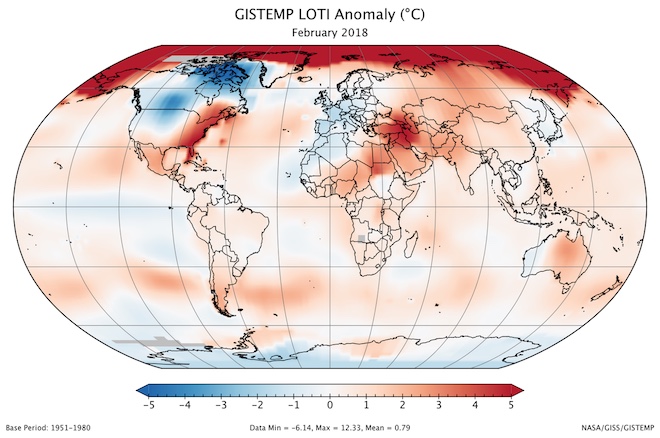 February 2018 was the sixth warmest February in 138 years of the modern history of observations. This conclusion was made in its monthly analysis of global temperature scientists of the Space Research Institute (GISS) NASA in New York. 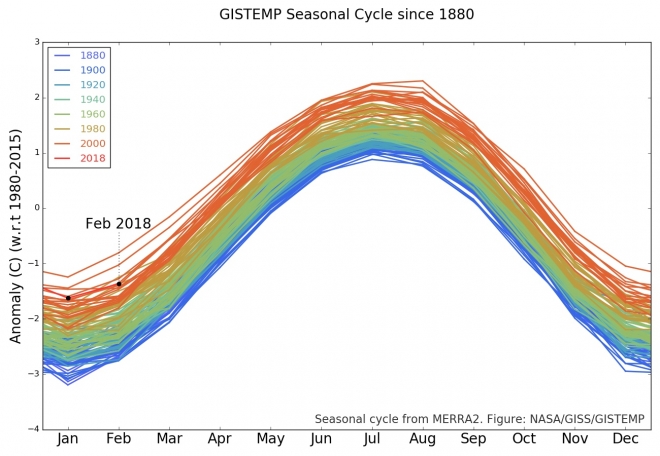 A monthly analysis of the team of scientists is compiled on the basis of publicly available data sources collected from 6,300 weather stations around the world, from measuring instruments installed on ships and buoys (to measure sea surface temperature), as well as at Antarctic research stations.

The modern global history of observations has been counted since 1880, as previous observations did not cover many regions of the planet. Monthly analysis is sometimes updated when additional data appears – in which case the results may change.