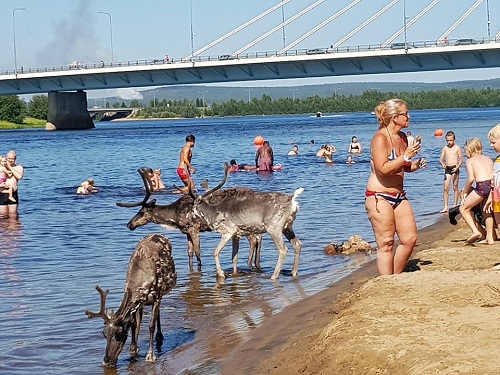 Currently, she said, emergency rooms are very understaffed in relation to the number of patients coming in. Kastren said there are significant waiting lists at the emergency clinics, with some people waiting for days to see a doctor.

People with chronic illnesses, the elderly and young children are particularly affected by the constant heat. She noted that HUS has faced a shortage of nurses since the spring, and bottlenecks have formed in transferring patients from emergency departments to city hospitals.

To alleviate the situation, HUS emergency departments are offering patients medical vouchers that they can use to get care from private physicians.

“All of the patients coming into the emergency room now, no matter how minor the problem, are putting a strain on an already overburdened system,” Castren said.

To cope with the hot weather, HUS urges people to do their best to protect themselves from the sun, stay indoors cool and drink plenty of fluids.