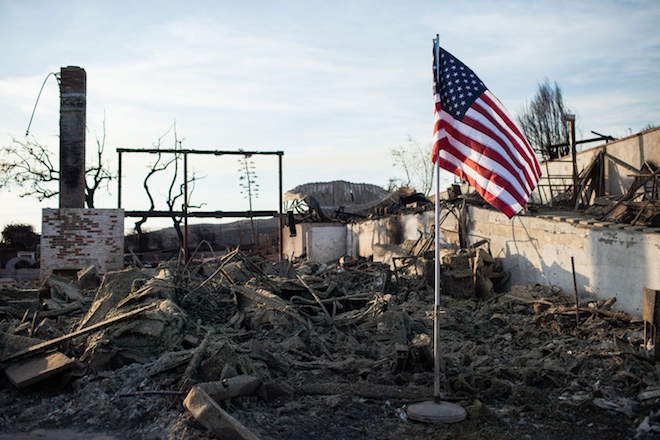 The fire, “Thomas,” which swept across several areas of Southern California, is recognized as the largest forest fire in the history of the state.

Since its inception near Ventura County on December 4, the flame has steadily increased. By the evening of Friday, the fire had surpassed all previously registered natural fires in the state since the 1930s.

At the moment, “Thomas” has burned 273,400 acres of land in the districts of Santa Barbara and Ventura, reports the Department of Forestry and Fire Department of California. The former record holder, the Cedar fire, destroyed more than 273,246 acres in San Diego County in 2003.

Of the 20 largest forest fires in the history of California, only “Thomas” occurred in December. Most of the others flashed in the summer months, when the staff is warm and dry. Years of drought in California, combined with global warming, contributed to the creation of conditions in which megastores do not know the seasonal boundaries.

“We are ready for the fire for Christmas. This is very strange and unusual. But that’s how the world responds to carbon pollution, “Governor Jerry Brown said earlier this month.

“Thomas” destroyed more than 1,000 buildings and caused the death of firefighter Cory Iverson. The flames have also caused significant damage to the local economy, the scale of which is likely to become evident in the coming months and years.

As of Sunday, the fire was 70%. It is expected that short days and a weakening of the wind will reduce the further growth of the flame. Firefighters will monitor the situation all the holidays.

Fire “Thomas” – not the only record holder of this year in California. In October, a violent flames in Northern California led to the death of more than 40 people, becoming the most deadly in the history of the state. It is also noted that this year in the region twice as many acres burned, despite the end of a prolonged drought.