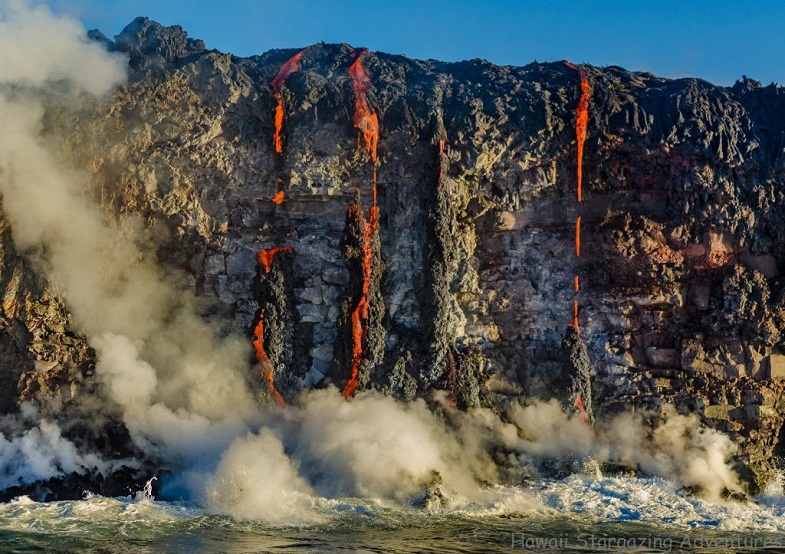 Lava flow Hawaiian volcano Kilauea continues to flow into the ocean and collect hundreds of curious onlookers. On July 26, when the hot material has reached the water’s edge, and to date, its width has increased significantly and currently reaches 240 meters.

Representatives of the Hawaiian volcano Observatory are warning observers about the danger of the approaching lava flow. In addition to the likelihood of collapse of the unstable cliffs, danger of injury by flying debris, resulting from the explosive interaction between lava and water. In addition, when hitting the ocean formed by acidic steam plume with small volcanic particles that can cause irritation to skin, eyes and lungs.

On top of Kilauea and in the South-Eastern rift zone continues enhanced eruptive activity of the circulating lava lake in the crater Halema-Mind-W. Its depth, as at 30 July is 26 meters. Emissions of sulfur dioxide in the range from 580 to 3,200 metric tonnes per day.