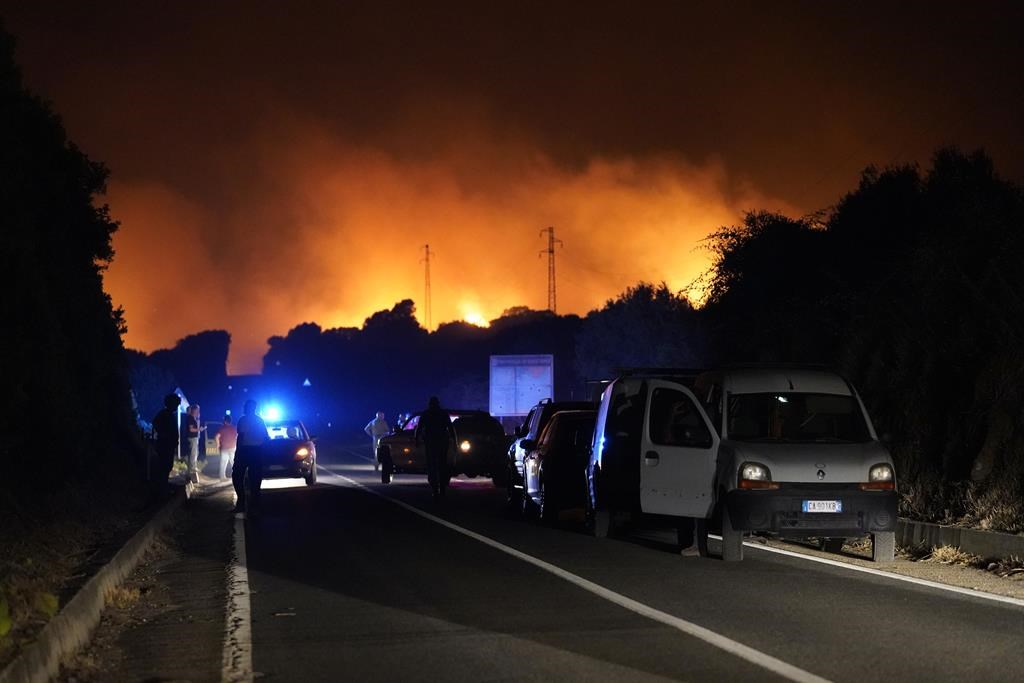 Fires raged Sunday on the Mediterranean island of Sardinia in Italy, where about 400 people were evacuated overnight. Firefighters reported that several homes were damaged in the western area of the island.

According to preliminary reports, flames engulfed 10,000 acres around Montiferru, near the center of Italy’s second-largest island.

Overnight, authorities evacuated 200 people from the town of Cullieri and another 155 from Sennariolo, where the blaze had not yet reached residential areas, according to the mayor.

Eleven planes were working to extinguish the blaze, Antonio Belloy, head of the island’s civil defense agency, told ANSA. The effort was hampered by a hot southwesterly wind, causing the fire danger level to be “extreme.”