Fires in Amazonian forests accelerate melting glaciers in the Andes 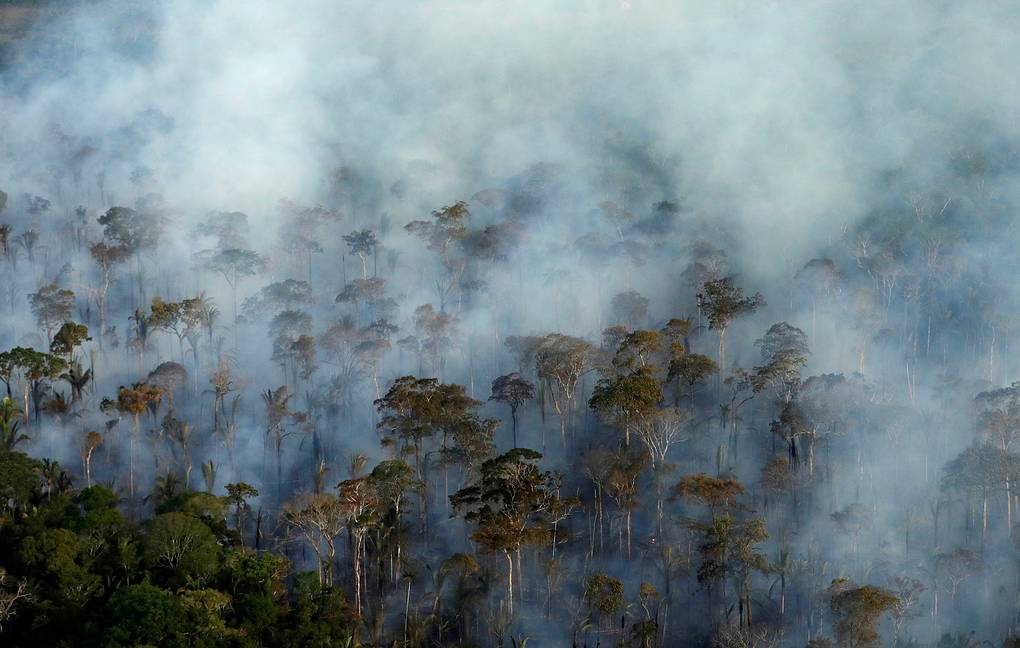 Observations of the state of ice in the Andes have shown that massive fires in the Amazon jungle over the past ten years have accelerated their melting by 5%. The strength of their action in the coming years will more than double due to the fact that the scale of fires increases and the concentration of dust in the atmosphere increases, climate scientists write in the scientific journal Scientific Reports.

“The forecasts of the Intergovernmental Panel on Climate Change at the United Nations (IPCC) indicate that Amazonia will become much drier in the coming decades and centuries. Therefore, fires in the south-west of this region have now become not a local, but a continental problem that could deprive residents of water many corners of the Andes, “scientists say.

According to environmentalists, the Amazon rainforests occupy about 5.5 million square meters. km They account for about 10% of the carbon stored in all living organisms on Earth and a similar amount of biomass produced each year. In addition, they produce about 6% of the total oxygen that all photosynthetic organisms secrete.

Such a serious role of this region in the life of the planet makes climatologists and ecologists inseparably monitor its fate for almost half a century. They do this using climate satellites, ground-based weather stations, and other observation techniques. Recent measurements have made researchers worry about the fate of the Amazonian forests in earnest.

On the one hand, scientists are worried about the growing rate of felling in the Amazon, which resumed growth last year after several decades of decline. In addition, climatologists’ calculations show that tropical forests in South America will become unstable in the coming decades due to lower rainfall and higher temperatures. This can lead to the fact that they will completely disappear by the beginning of the next century.

Brazilian and French climatologists, led by Patrick Gino from the University of Grenoble Alps, studied one of the main consequences of global warming and the onset of man on the Amazon – massive forest fires that have been breaking out in its jungle every spring and summer for more than ten years.

Scientists were interested in whether particles of ash and soot, which rise to great heights in the atmosphere, can reach other regions of South America, including in the vicinity of the Andean mountains. The fact is that on their slopes are concentrated ice reserves that feed many large rivers, including the Amazon itself.

The fact is that observations of the glaciers of Greenland showed that their melting recently accelerated greatly due to fires in Canada, which covered its ice with a huge amount of soot and dust. Gino and his colleagues checked if something similar was also characteristic of the Andes ice cap, which is supposedly protected from fires by the fact that it is at a high altitude and partially hidden from the wind by the slopes of the mountains.

For this, climatologists made several expeditions to different parts of the Zongo glacier, which is located near the city of La Paz in Bolivia. They studied his condition between 2000 and 2016. By collecting samples of snow and ice, scientists measured how much rain fell on the territory of this part of the Andes, how much dust and ash was in these ice, and how much heat they received during the hottest seasons of the year.

Scientists compared these data with the measurements of the American climate satellite Aqua, which has constantly monitored forest fires in the Amazon since 2002. This comparison showed that a significant proportion of the ash and dust that was raised into the air by fires climbed high enough to fly over the Andes and fall to the surface of Zongo.

Thanks to these deposits, every square meter of the glacier now receives an additional 10 watts of heat during the peak of forest fires in September, the beginning of spring in the southern hemisphere of the Earth. According to the researchers, this accelerates the melting of ice by about 5%, and the contribution of dust to reducing their area unexpectedly turned out to be noticeably higher than that of ash.

Scientists’ calculations show that the amount of ash and dust from the Amazon, reaching the Andes, will increase significantly in the near future due to the increase in droughts and the expansion of the land of Brazilian farmers. As a result, the melting of Zongo and other glaciers will accelerate by 11-13%, which would jeopardize their existence and significantly worsen the situation with access to clean drinking water in South America, climatologists conclude.