Fires in Northern California in a photo from space 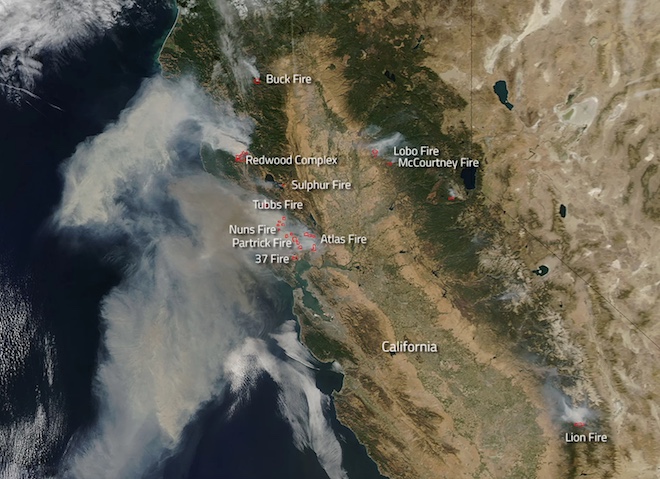 “The actively burning zones detected by MODIS are indicated in red. Each hot spot is the area where the thermal detectors of the instrument have fixed a higher temperature than the ambient temperature. The image of smoke trails and hot spots helps to assess the spread of the fire, “- said in a statement of official representatives of NASA.

Forest fires that broke out over the weekend, due to strong winds and hot dry conditions, swiftly spread to the surrounding towns of Sonoma, Napa and Mendocino, which are known for their vineyards.

According to The Washington Post, at least 13 people became victims of the fire, more than 100 people were injured and about 1500 buildings were completely destroyed. The authorities continue to understand what could have caused such a large fire.