Fires in Siberia – the view from space 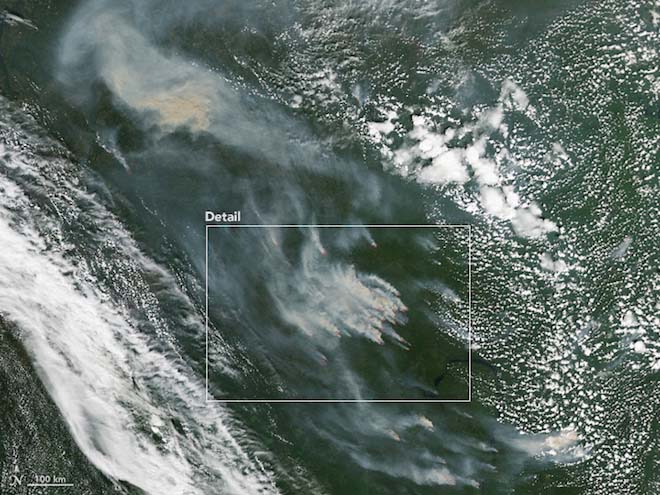 On 29 June, the NASA satellite “Aqua” took photos of the forest fires that erupted within a few hundred kilometers from Krasnoyarsk.

Red on the images allocated to the areas with high surface temperature that are usually associated with the presence of fires. Note the absence of clouds around the fires in the upper picture. Perhaps this is because the heat from the fires prevented the formation of clouds. The bottom image shows a cluster of intense wildfires to the North of the hangars. 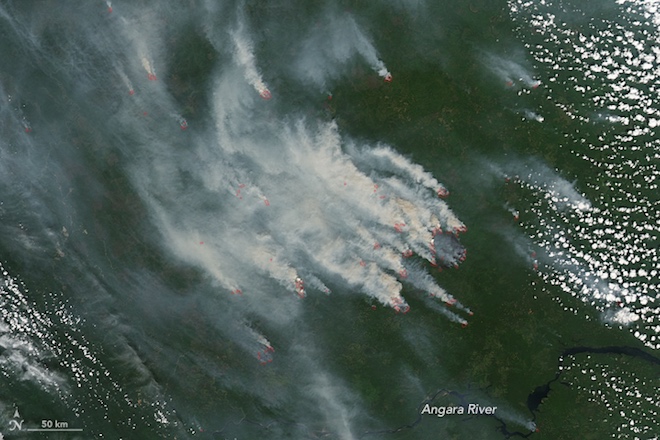 According to “Komsomolskaya Pravda”, the cause of many fires steel lightning strikes. In the fight against the fire involved more than 600 people. The fires are located in geographically isolated areas and pose no threat to human settlements. Surrounding cities Miryuga and Koumba — located 80 km from the fires.