Fires in the Krasnoyarsk Territory of Russia 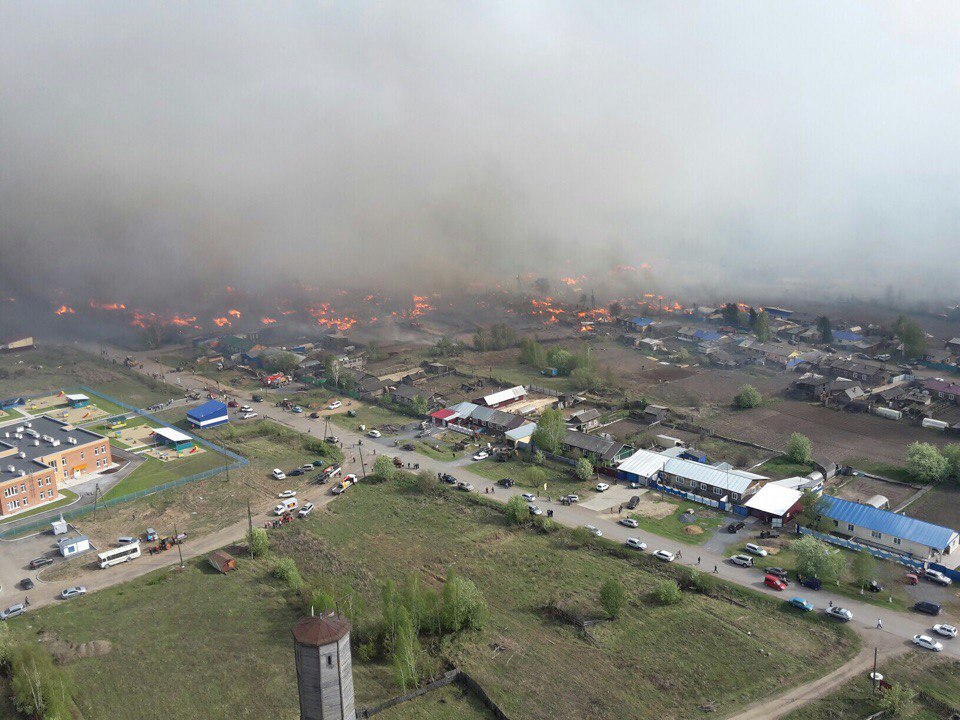 About 80 houses were burned in the settlements in the Krasnoyarsk Territory. In the destroyed houses lived 339 people, among them 47 children. From the fire also suffered timber industry and sawmill.

The Ministry of Emergency Situations increases the grouping involved in the extinguishing: there are already two helicopters operating in the region.

The fires most affected the cities of Kansk and Lesosibirsk. The fires began as a result of the fall of dry grass. As a result of fires in the city of Kansk in the Krasnoyarsk Territory, two people were killed.

It is reported that in Kansk occurred three fires, the fire destroyed 36 houses. In the village of Strelka in Lesosibirsk, the fire affected 40 houses and the threat of spread of fire persists. In these cities, the emergency mode is introduced. In the north of Lesosibirsk on an area of ​​1500 square meters a timber enterprise burns, in the south another 700 square meters is burning.

“In the village of Malaya Ket (Birilyusskiy district), five houses were burned, because of the strong wind and dilapidated buildings, there is a threat to neighboring buildings,” the report said.