Flash floods have wreaked havoc on roads in Accra, Ghana 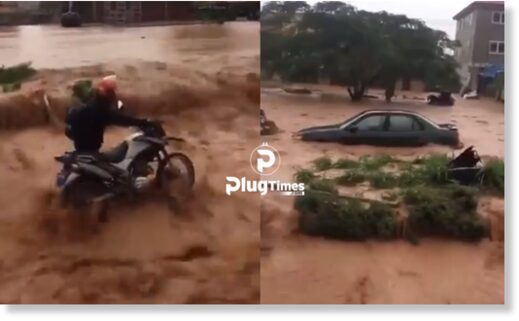 Flash floods have wreaked havoc on roads in Accra, Ghana – roads have turned into seething rivers up to 1 meter deep.

The flooding occurred in Accra and surrounding areas of Ghana after heavy rains.

The media reported a heavy downpour lasting several hours, causing flooding in areas of Accra and neighboring Kasoa in the Central Region. Just over 78 mm of precipitation was recorded at Kotoka International Airport in Accra in 24 hours.

The floods have caused disorder on the roads, with some people reporting abandoned or blown away vehicles. Images posted on social media show roads with raging floods up to 1 meter deep.

Houses were also damaged, although no deaths were reported.