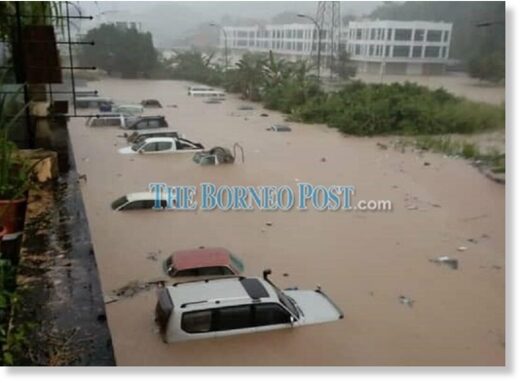 Kampung Rampayan in Menggatal was hit by floods that gradually approached the nearby factories.

The resident said the flash floods were caused by heavy rain that lasted all night and there was no indication that it would stop anytime soon, starting at 9:30 am.