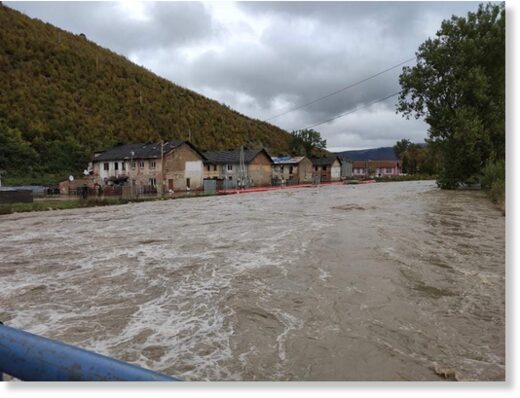 The rains caused flooding in several regions of Slovakia, as a result of which 1 person died and residents were evacuated.

The Slovak Hydrometeorological Institute (SHMÚ) reported that the rain was brought by a low pressure area that moved from the central Mediterranean through the Balkans, Carpathians and Poland.

For 48 hours, 123.1 mm of precipitation was recorded in the Kosicka Bela volost in the Kosice district of the Kosice region. In the 24 hours before October 15, 65.5 mm were recorded in Pjesok in the municipality of Modra, Bratislava region, and 69.7 mm in Klak in the arnovica region, Banska Bystrica region.