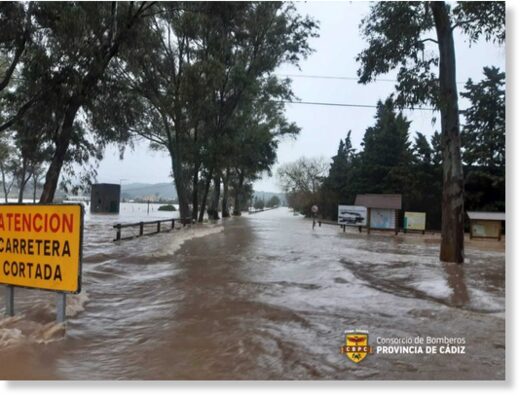 Andalusia’s emergency services (112 Andalusia) reported that they rescued a total of 55 people from flooded homes in Los Barrios in the province of Cadiz, where the Palmones River overflowed its banks.

Three of those rescued required medical attention due to hypothermia.

Areas around San Roque, Tarifa and Algeciras were also flooded, closing at least 6 roads in the province.

112 Andalusia reported that flooding due to the flooding of the Guadiaro River has cut off several areas of Sotogrande.