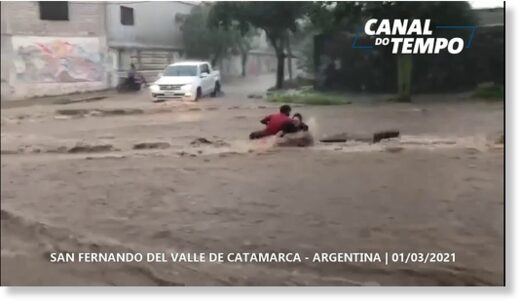 A violent storm brought heavy rains to the province of Catamarca, Argentina. Serious damage has been reported in the city of Catamarca.

Severe weather warnings were issued and the Civil Defense Authority asked residents to stay in their homes “in the face of a severe storm in the Central Valley and inland cities.”

Local media reported that 90 mm of precipitation fell in the city of Catamarca in 1 hour. Buildings, roads and infrastructure were damaged, electricity was cut off and the supply of drinking water cut off.

About 20 families were evacuated and more than 240 buildings damaged, including the San Juan Bautista Hospital.