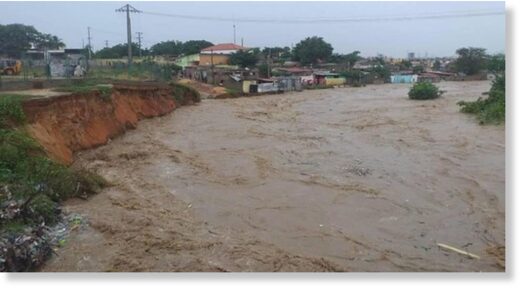 Heavy rains caused torrential flooding in Luanda, the capital of Angola, causing loss of life and widespread damage on 19 April 2021.

According to a report by the provincial government of Luanda, as of the end of April 19, according to preliminary data, 14 people were killed and 2 were injured. 1,617 houses were flooded, 16 were destroyed. It is believed that 8,165 people were displaced or seriously injured as a result.

Roads in the south of the city were closed after the partial destruction of the bridge over the Camorteiro River in the Talatona municipality.