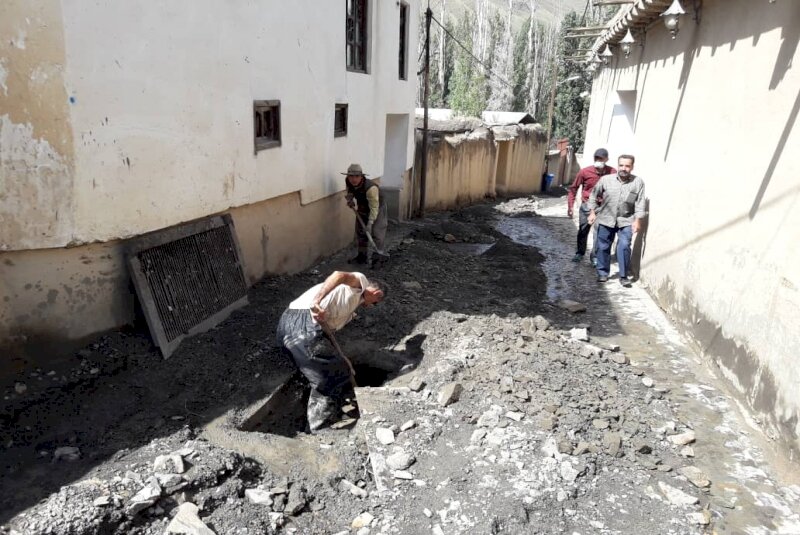 A recent flood has partially destroyed the historic architecture of Yush village in the northern province of Mazandaran, the deputy head of the province’s tourism department said.

The picturesque village is the birthplace of Nima Yushij (1895-1960), the father of modern Persian poetry, and is decorated with his parental home, called the Nima Museum.

The flooding caused about 10 billion rials ($238,000 at the official rate of 42,000 rials to the dollar) damage to the village and the Nima Museum, Mehdi Izadi said Monday.

The village’s bridge roads, as well as its thatched walls and water channels, have been destroyed, and the village needs urgent reconstruction. Located 105 kilometers from the city of Amol, Yush is a major tourist destination in northern Iran and was listed as a national heritage site in 2010.

Nima, born Ali Esfandiari, died of pneumonia in the Shemiran district of Tehran, but was buried in the picturesque, quiet village of Yush, as he willed. Colorful trees, village houses, and picturesque hills, as well as the Yush River, orchards, and several springs, are the attractions of this small village. Mazandaran, which stretches along the Caspian Sea and the Alborz mountain range, is a popular destination for domestic tourists, with more than 3,500 villages and rural areas.