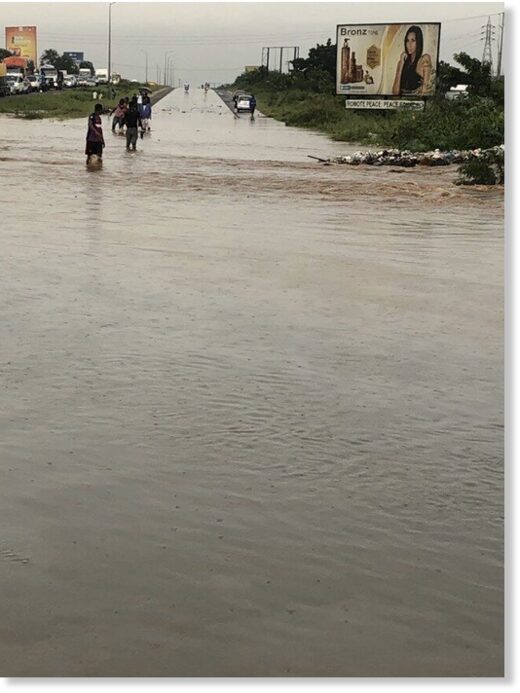 Two more people were killed by flooding in the Northeast region of Ghana. Thus, the death toll has now increased to six.

The dead, 42-year-old Amanita Ajei and 39-year-old Anab Akumaini, were reportedly drowned using a canoe to save a flood-flooded crop.

Heavy rains overwhelmed the Bagre Dam in Burkina Faso and led to massive flooding along the White Volta River.

This year, the Bagre Dam water discharge hatches are opening for the first time since 2007. The spill closures were opened on 10 August, three weeks earlier than the earliest recorded date.