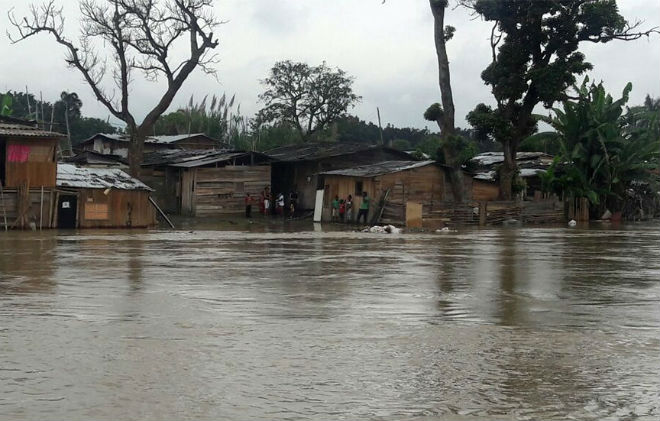 The first rainy season this year coincides with La Niña, a Pacific weather phenomenon that causes increased precipitation in Colombia and neighboring countries of South America.

In April, in the cities of Mokoa and Manizales, as a result of torrential rains that caused devastating floods, landslides, mudflows and landslides, hundreds of people died, many were forced to leave their homes.

Since then, rains have not subsided and on Saturday a number of rivers have come out of the shores. In 11 of the country’s 32 provinces, an emergency regime is declared.

According to the Institute of Hydrology, Meteorology and Climate Research IDEAM, in the coming days more intense precipitation is expected, there is a threat of serious floods and human losses.

The red alarm level is announced in the province of Valle del Cauca and its capital, Cali, where the Kauka River, the second largest in Colombia, spread.

In the grip of the elements was also the Colombian city of Puerto Boyaca, part of which was under the flood waters of the Magdalena River.