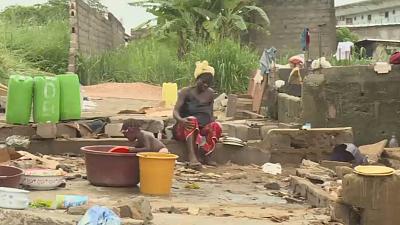 From the floods caused by heavy rains, in the middle of last week, May 24-25, the largest city of the West African country Côte d’Ivoire Abidjan suffered.

An intense rain caused considerable damage in several areas of the city. As a result of the collapse of the walls of the houses, at least seven people were killed. Several dozen people were forced to leave their homes.