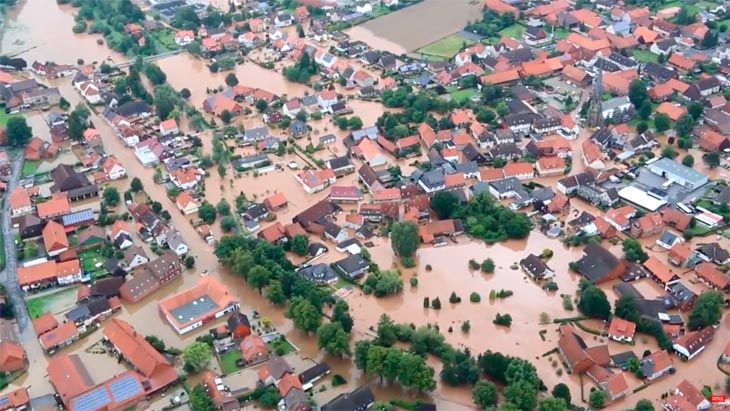 In the central part of Germany due to heavy downpours there was a flood.

In some areas of Lower Saxony, Saxony-Anhalt and Thuringia because of the continuing rains left the banks of the river, flooded streets and cellars of living quarters. In addition, because of downpours, several metro stations were flooded in Cologne and Berlin.

Local rescue services conducted the evacuation of residents from the most affected by the elements of the settlements.

The German Meteorological Service announced an increased level of danger and warned that in the coming days the rainy weather will continue.