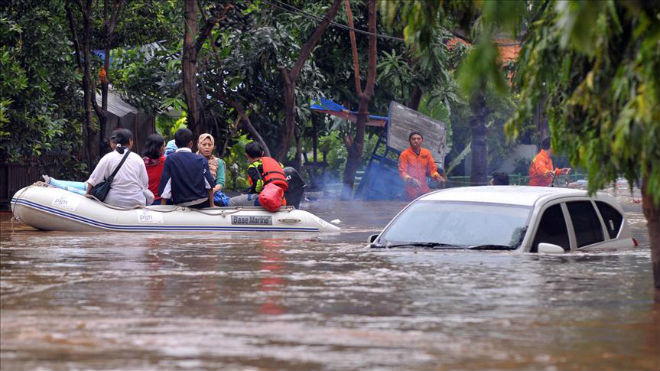 Flooding on the island of Sumatra in Indonesia claimed at least five lives, hundreds of villagers were forced to leave their homes.

Sutopo Purvo Nugroho, spokesman for the National Agency for the Elimination of Natural Disasters of Indonesia, said floods caused by heavy rains caused a flood on the Batang Ayyumi River in the province of North Sumatra on Sunday, causing a flood of houses near the riverbank .

Six districts in the province suffered, at least 34 houses were damaged, seven cars were swept away by floods. More than 400 residents were evacuated to safe places, such as courts and mosques. The local government sent rescuers to evacuate the victims.

Last month, landslides and floods killed at least 12 people on the Indonesian island of Bali. Seasonal rains often cause floods and landslides in a country that consists of 17,000 islands, where millions of people live in mountainous areas or flooded plains near rivers.
According to the national agency, at least 1,985 natural disasters occurred in Indonesia in 2016, which resulted in the death of a total of 375 people (the worst number of victims of the disaster within 10 years).