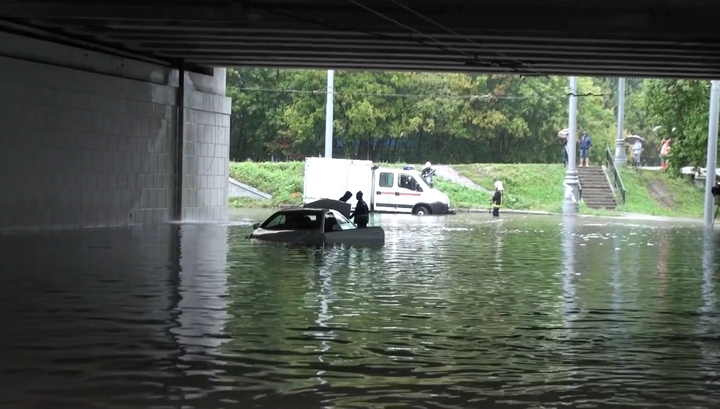 In the North-East of Moscow came from the banks of the river Yauza – on Monday the capital was hit by a heavy downpour. Cars and the bus and the bus partially flooded, people evacuated.

However, the evacuation of people from flooded transport occurred in several parts of the city. Rescuers had to pull people of the South-West and West of Moscow. In total evacuated about 200 people.

Rain and wind has led to other emergency in the city. So, on the Leningrad highway a fallen tree smashed a parked car and damaged the wires of street lighting.

The suburbs are not spared the brunt of the disaster – in Lyubertsy district in the area of flooding were about 800 private homes.

In the Moscow region declared orange severity, metro station translated into enhanced mode. Meanwhile, forecasters say the rain will weaken in the evening only. In Moscow fell half monthly precipitation.