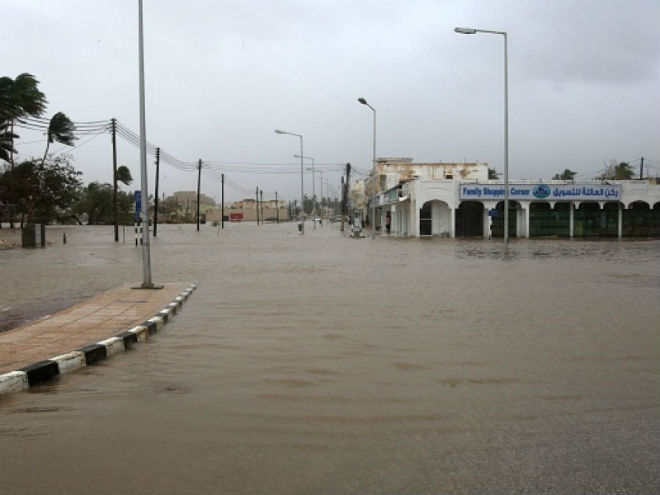 The number of victims of the powerful cyclone Mecunu, which struck yesterday in southern Oman and on the neighboring Yemeni island of Socotra, according to the latest official figures, has risen to at least 6 dead and 30 missing.

Winds with gusts up to 180 km / h were recorded in the cyclone riot area. This is the most destructive wind that has ever been recorded in the area.
Rains at this time of year are not unusual in Oman, but powerful cyclones are rare. In the period of 100 years before 1996, there were only 17 cyclones in Oman. In 2007, the cyclone “Gonu” “destroyed” the Sultanate, and then reached Iran, resulting in more than 70 people in the Middle East.