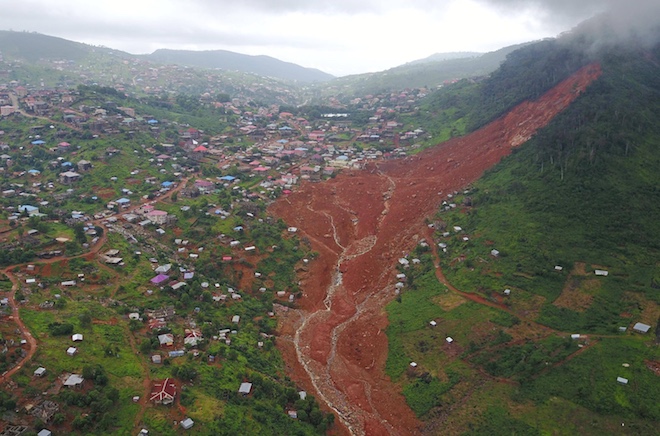 On Tuesday, the President of Sierra Leone asked for urgent help for the flood-stricken capital of Freetown, where more than 300 people were killed. Rescuers continue to search for bodies after the city experienced one of the worst natural disasters in history.

The Red Cross is trying to extract families buried deep in the mud that swallowed their homes. Several bodies were lifted by cars in the ravaged village of Regent.

Turning to the media in Regent, which was hardest hit by the flood, President Ernest Bai Koroma struggled with tears, saying that the destruction shocked the country. 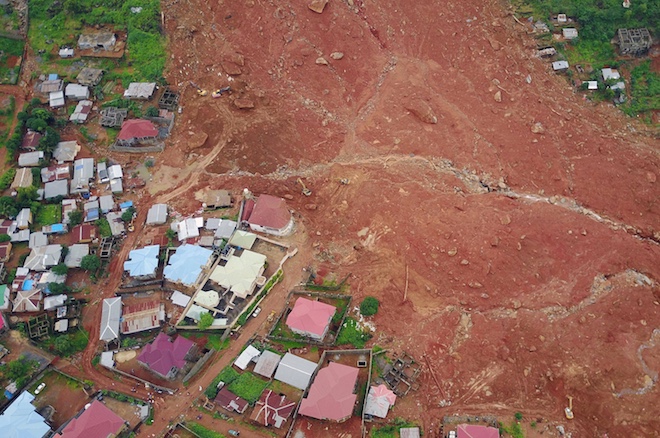 “Whole settlements have been wiped off the face of the earth,” Koroma said at the crash site, where heavy rains down the hill caused a landslide. The mud covered the house with a height of 3-4 floors on Monday. Many of them were built illegally. “We need urgent help,” the president asked.

The government promised to help more than 3 thousand people who were left homeless. The rescue center in Regent and four registration centers were opened. The Red Cross reports that 600 people are still missing, although the Minister of the Interior of Sierra Leone claims that thousands of unfortunate people have not yet been found. 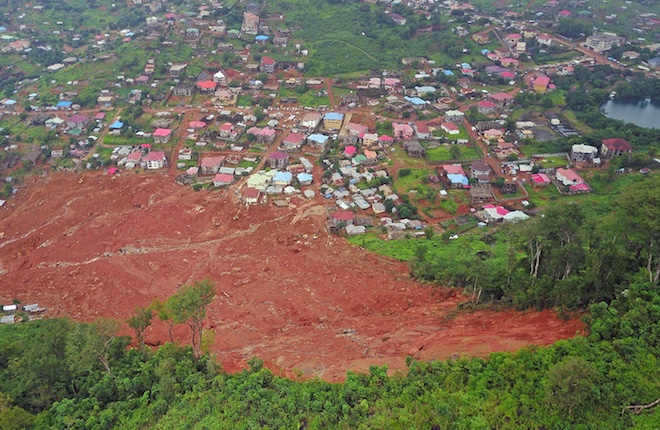 Israel and the United Kingdom are ready to dispatch as soon as possible aid to the city in the west of Africa, where about 1 million people live.

Residents of Regent say that boulders and stones rolled right into the houses, killing sleeping people. At the same time, the hill on which the buildings were located, partially collapsed.

The landslide was the result of three days of heavy rains. A stormy flood flooded Freetown, one of the wettest cities in the world.

The drainage system of the capital quickly overflowed, in many places there is water, creating dangerous bubbling water currents that rush down the steep streets.

In the military hospital of the city, several children with numerous injuries, including a six-month-old child, are assisted. Many have lost their parents.

Freetown suffers from flooding every year during several months of rain. At this time, the risk of water-borne diseases, such as cholera, increases.

The flood in the capital in 2015 killed 10 people and left thousands unfortunate without a roof over their heads.