Flood in the north of Thailand 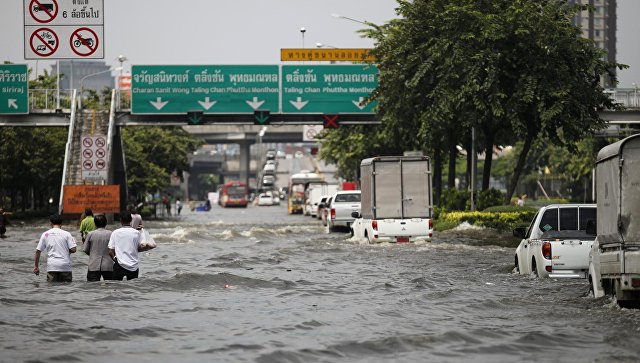 Eleven people were killed, three are reported missing in the last four days in the northern and northeastern provinces of Thailand, where the seasonal flood suddenly became catastrophic, the Third National TV Channel reported, citing the Thai Ministry of the Interior.

Zone of the disaster declared extensive territory in 19 of the country’s 77 provinces, where the depth of flooding is 1.5-3 meters, the report said. Prime Minister of Thailand, General Prayut Chan-Ochá will leave on Wednesday morning to the north and north-east to personally mobilize the efforts of local administrations and military units stationed in the disaster areas to help the population.

According to the Center of the Ministry of Internal Affairs of Thailand for the prevention of natural disasters, the floods are steadily spreading to the south and in the coming days can reach the central provinces of the country. On the ground, military and local authorities organized a massive campaign to pump water to nearby water bodies, but floods intensified in a number of provinces due to the fact that the dams of local irrigation reservoirs poured into water.

Floods in the rainy season, which in Thailand usually lasts from mid-May to October, occur annually, but this year, strong long rains have made it much more dangerous than usual, according to a television report. Nevertheless, the forecasts of the Ministry of Internal Affairs specialists do not put it on a par with the catastrophic flood of 2011, when a giant slow wave of water passed the whole country from north to south, flooding the central provinces and Bangkok, before collapsing into the Gulf of Thailand south of the capital.

Catastrophic nature took a flood this year and in the neighboring countries of Southeast Asia. For example, in the northern, mountainous part of Laos in the region of the ancient capital of the country, the city of Luang Prabang, this year for the first time in history, as a result of the flood, people were killed.