Flooding and landslides in Nepal, India and Bangladesh 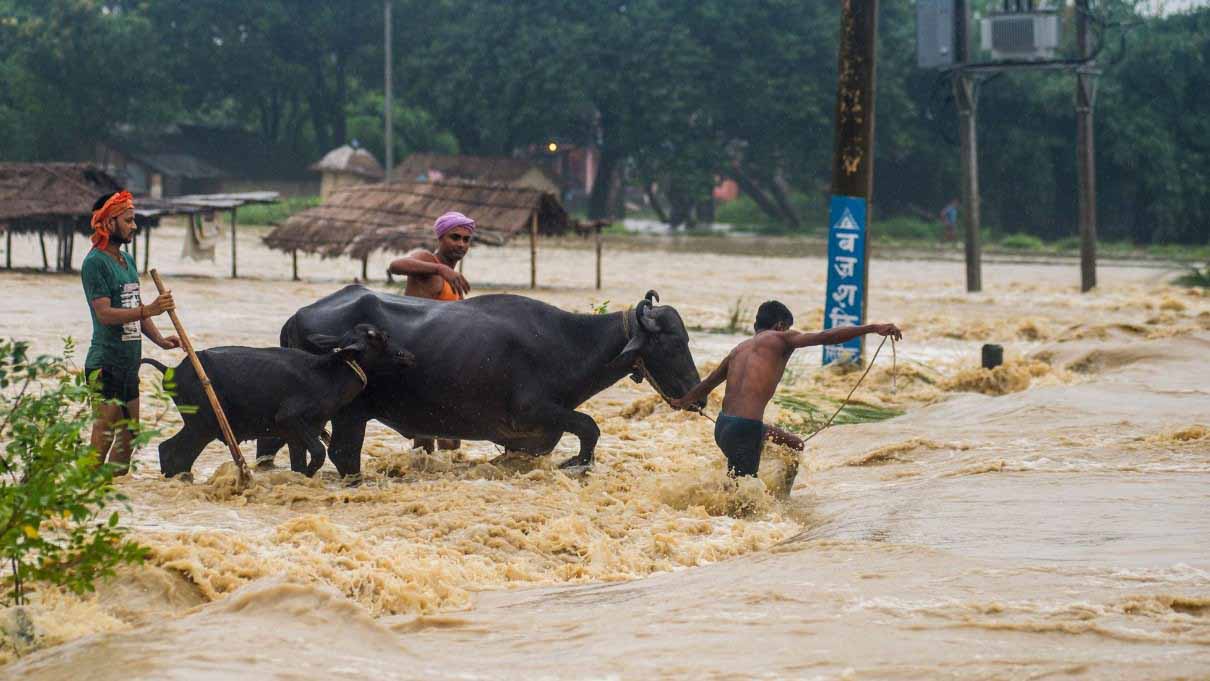 Strong monsoon rains in northern India, southern Nepal and Bangladesh caused landslides and floods, which killed more than 100 people and millions of others were evacuated

At least 16 people were killed, five were missing in the last 24 hours as a result of rain-induced floods in northern India, RIA Novosti reported to the National Emergency Management Agency (NDMA).
In Assam, 10 people were killed. “Ten people died in the last 24 hours, which is information as of August 13. In total, 99 people died as a result of floods in March,” the representative of the NDMA regional office said.

According to him, the element affected 21 of 33 districts of the state. In the disaster area were 2.2 million people. Regional authorities have established 678 temporary tent camps, in which currently there are 183 thousand people. In another northern state of Uttarakhand, another six people were killed.

The number of flood victims and landslides in Nepal caused by torrential rains has increased to 66 people, 35 more are reported missing, the Ministry of Internal Affairs of Nepal reported.

“At the moment, 66 people have died, 35 are still missing,” the representative of the Center for Emergency Situations of the Ministry of Internal Affairs of the country said.

Heavy rains hit several areas of Nepal on Friday morning, 11 August. Police, soldiers and local residents helped people who got stuck on rooftops and hills. Local authorities organized temporary shelters for those who had to leave their homes.

Meanwhile, meteorologists predict an improvement in the weather from Monday to Tuesday. Already on Sunday, the precipitation level in most of the country decreased to 1-4 centimeters per day. Only in the city of Siddharthanagar recorded 22.2 cm of rain in the last 24 hours.

Heavy rains hit Bangladesh, as well as neighboring India and Nepal, at the end of last week. The abundant monsoon rains led to a sharp rise in the water level in the rivers, given the fact that the Ganges flowing in Bangladesh carries water from the affected India.

Most of the victims have been fixed to the north of the country. So, in the district Dinajpur on Sunday 13 people were killed, in Curigram killed 11 more people, and in Lalmonirhat – three.

According to the Ministry of Emergency Response, 20 districts of the country are affected (out of 64). Almost 600 thousand people live in the disaster zone, almost 370 thousand are housed in temporary shelters.