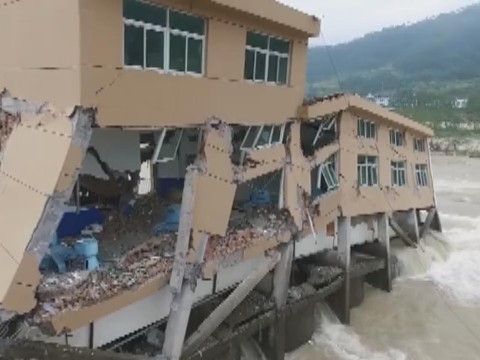 30 September flooding in Zhejiang province in Eastern China destroyed a hydroelectric plant in the County of ven’chen could not resist the strong flow, and on the night of October 2, due to floods caused by heavy rains flooded the hydroelectric plant of the city of Jinghong. The authorities managed successfully to evacuate 31 employee.

The water level in the river began to rise on the evening of 1 October. In the end, the flow of water washed away the shaft enclosing hydroelectric power station, after which the part of the building (including computer room) was flooded. During the evacuation, none of the employees of GES are not affected.