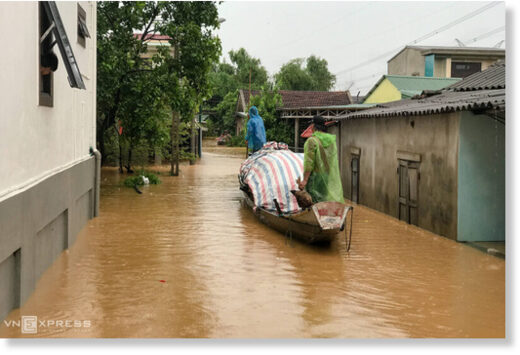 The Vietnam Disaster Management Authority (DMA) reports that at least 6 people have died or gone missing after several days of heavy rainfall in the central parts of the country.

DMA reports that one person was killed in flooding in Hai Lang District, Quang Tri province. Also in Quang Tri, 4 people went missing after being swept away by flash flooding in the mountainous area of ​​Huong Hoa.

Local media reports that around 5,000 people from 1,100 families in Huong Hoa have fled their homes and moved to safer areas after the Sesan River overflowed its banks.

Heavy rain in the province has also caused landslides, blocking several roads. In the 24 hours before October 7, 2020, 435 mm of precipitation fell in Huong Lin, Quang Tri.

Also affected were the provinces of Quang Nam, Thua Thien Hue, Da Nang and Gia Lai, where 2 other flood deaths were recorded.