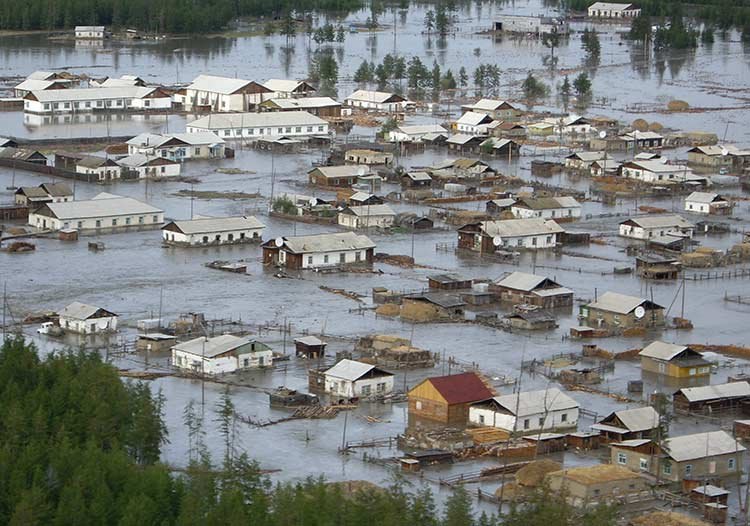 In Belogorsk Amur region decided to begin to inform the population about possible evacuation due to rain flooding. Residents included in the Belogorsk village of Staritsa, located on the same island, offered during the day to prepare to leave, gather the necessary things, documents that within hours after the announcement of evacuation to be able to leave the house. This was reported today by the press service of the head of the city administration of Belogorsk.

“In the coming days, residents of the village of island Bayou, you must prepare to evacuate. Time — an hour after the announcement. Announcement of the evacuation will be communicated via local television, radio and through the loudspeaker installation of specialized patrol cars”, — the press-service.

At the same time the evacuation commissions began podvorovoy the bypass with the presentation of the memos for possible evacuation of residents of the holiday village “Mesopotamia” and private farmsteads in the embankment of the river Tom. Also there is a check of the condition of the levees built to protect the city.

The reason for these measures was the rapid rise of the water level in the river Tom because of the displacement of the ridge of rain flooding. According to the forecast, in the area of Belogorsk is expected to rise in the water level from 30 June to 2 July to a level 390-420 cm, with the flooding of the floodplain to a depth of 0.9-1.2 m.

“Given the forecasts for rains and the continuing trend of increasing water in the upper reaches of Tom, perhaps all services will be working on the script of 2013, when the city was overcome by flooding. According to the forecast of hydrologists, water will come in Belogorsk in two days. The introduction of a state of emergency”, — said the head of Department for civil defense and emergencies of the city Mikhail Dragunov.

Flooding has already caused significant damage in Amur region. The state of emergency act in Romnenskaya and Saw the areas as well as in Ozerianska the village Council of the Belogorsky area of the Amur region. 47 flooded households in four villages, nine villages remain in the transport isolation.

Belogorsk with a population of 66 thousand people located on the Zeya-Bureya plain in the southern part of the Amur region. The city stands on the banks of the Zeya tributary of the river Tom.