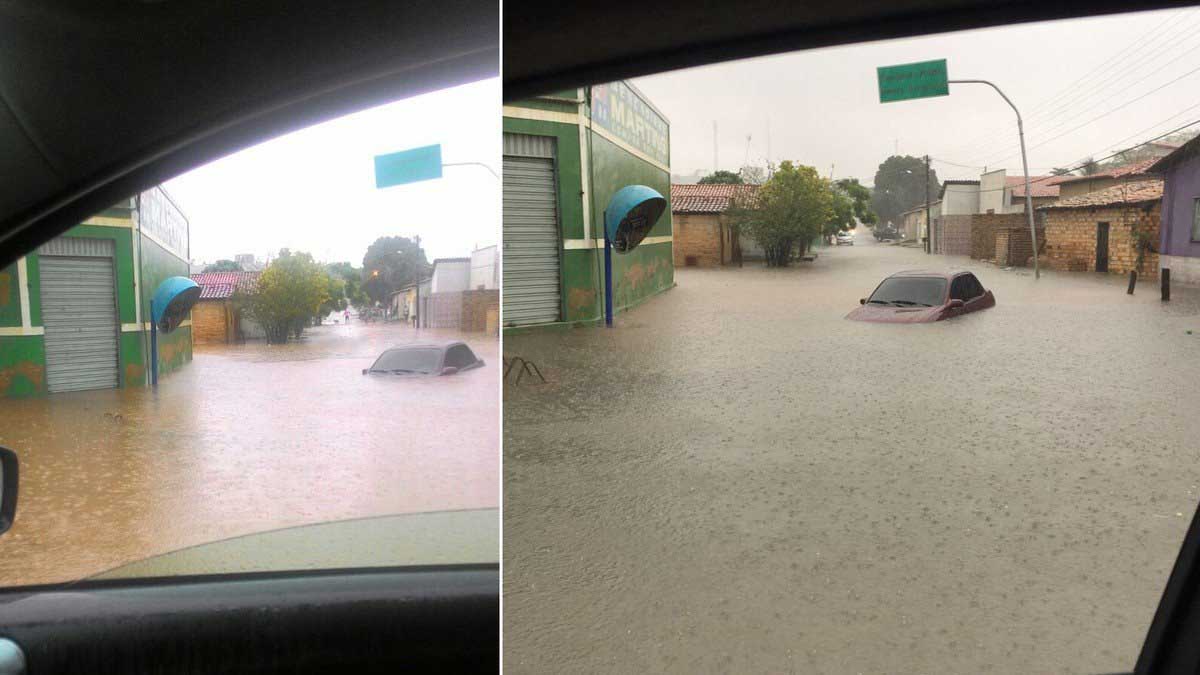 After a severe thunderstorm on the morning of October 31, in the municipality of Florian, the amount of precipitation exceeded the figure of 160 mm. The rain fell in large numbers and in different parts of the municipality. Some buildings were heavily flooded, several walls collapsed. Part of the regional hospital was completely flooded, it is known about two heavily damaged houses. No injuries were reported.

Heavy rains led to the flooding of the city streets. Also, in addition to public roads, some shopping malls, public buildings and residential buildings were flooded.

Storm rains led to heavy flooding in various parts of the municipality. According to the district police, we know of more than 50 heavily damaged houses, they were flooded, like most roads in different districts of the municipality. The main cemetery of the city was also under water. No injuries were reported.

Strong storms in the west of Minas Gerais brought heavy rains that hit the municipality in the early morning of October 31, large volumes of water flooded the public roads. It is known about one severely damaged house and of fallen trees in different areas. Also, in some parts of the city, residential buildings were flooded.

A powerful thunderstorm with squalls and hail fell on Itajobi on the evening of October 30. A strong wind led to structural damage to public, residential and industrial buildings. In different parts of the city is aware of the fallen trees. Damaged poles and power lines, some areas remained more than 24 hours without electricity. In some commercial and industrial premises were torn off the coating. In one of the schools, part of the ceiling collapsed during the lesson. None of the children were hurt. No injuries were reported.