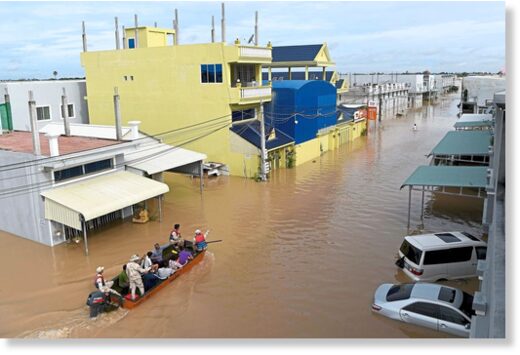 The death toll from floods is at least 18 people, more than 25,000 people were evacuated, 204,650 hectares of agricultural crops were flooded.

To date, flash floods in the country have killed 18 people and evacuated 25,192, according to Seak Viche, a spokesman for the National Committee for Natural Disaster Management (NCDM).

Since the beginning of the month, rainstorm-triggered rains have caused flooding in 19 of 25 cities and provinces, he said, adding that the flood also affected 212,676 people.