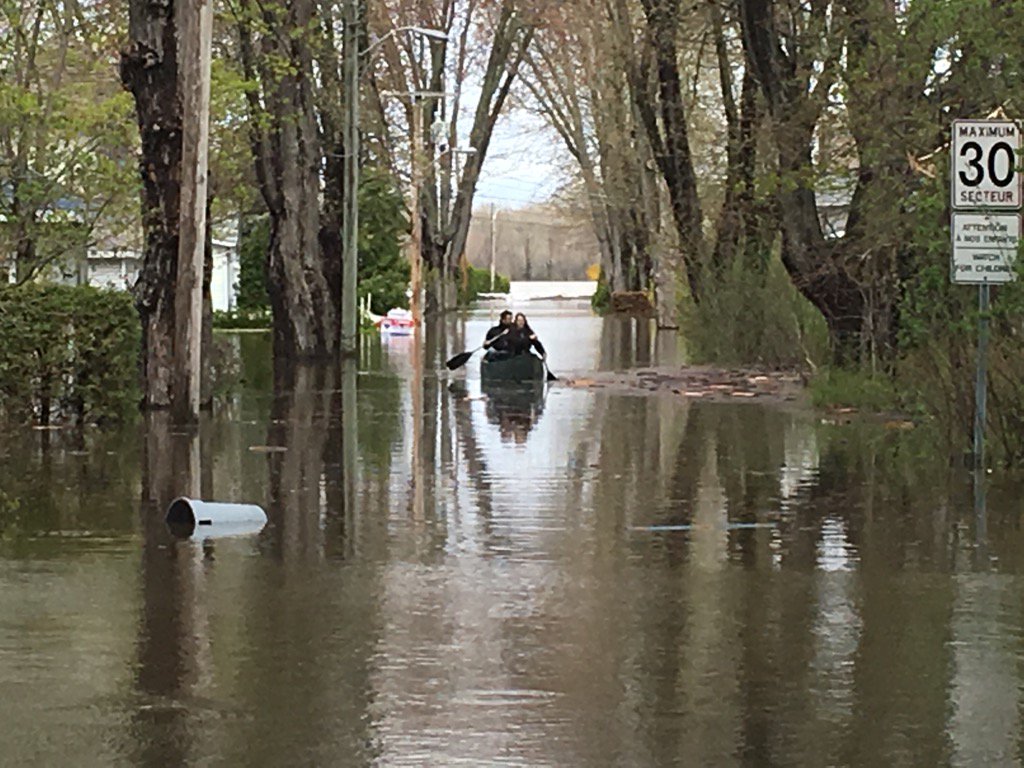 In Canada, because of severe floods introduced the regime of emergencies in some regions. The province of Quebec suffered most. Two thousand people were evacuated there. The military has already been sent to help the residents.