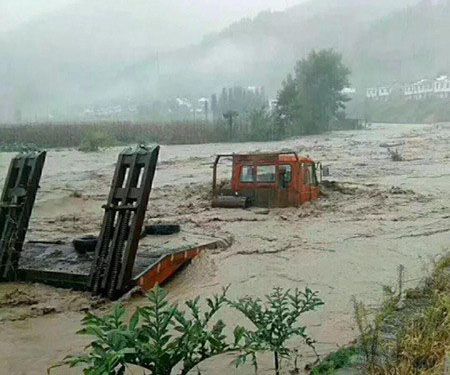 Five people were killed and four more people were missing in the Ankang city district in Shaanxi province, after heavy rains in the region in northwest China, local authorities said.

According to the city’s department for flood control, about 150,000 people were affected by heavy rainfall, and more than 27,000 residents were evacuated. Rain also damaged at least 2,000 houses and more than 12,000 hectares of crops. The authorities claim that direct economic losses exceeded 81 million dollars.