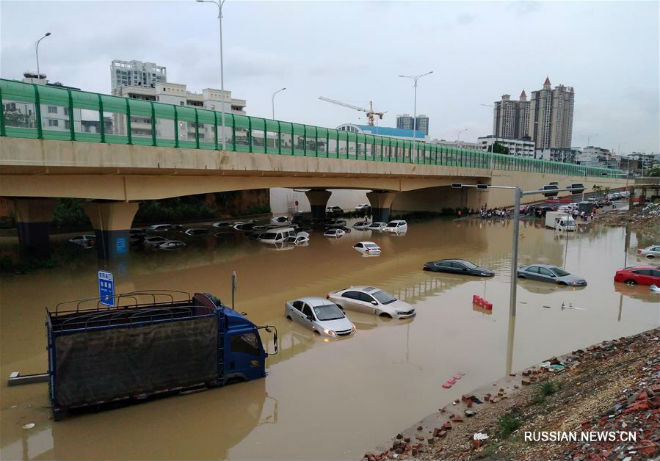 As a result of torrential rains in the Guangxi Zhuang Autonomous Region in southern China, more than 40,000 people were affected. At least two people died.

According to local authorities, the heavy rains that struck since Saturday caused floods in 14 uyezds (districts). 1127 people were forced to leave their homes. 346 houses collapsed. Suffered crops on a total area of ​​2.67 thousand hectares.

Under the water left, including the city of Nanning, the administrative center of the Guangxi Zhuang Autonomous Region. Because of heavy rains traffic was paralyzed, many cars were flooded.