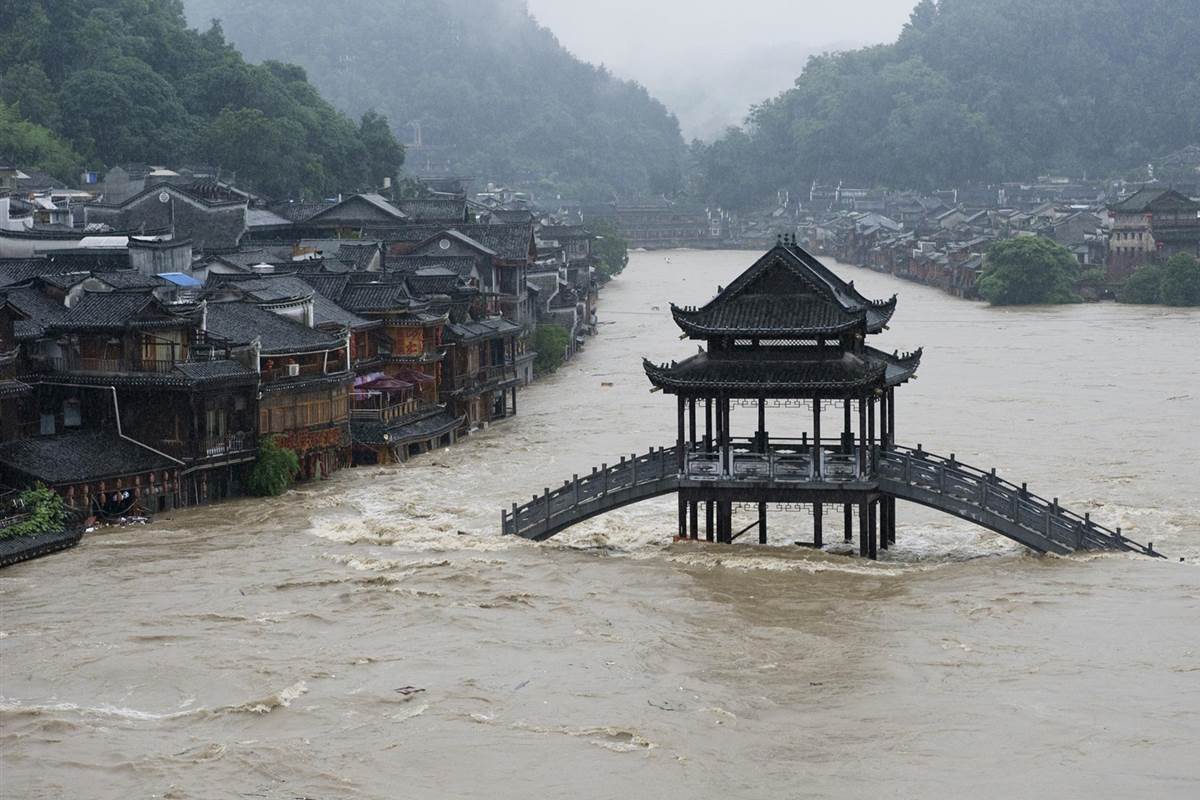 Since June 13, heavy rain rained on the Guangxi-Zhuang Autonomous Region in southern China, which caused floods in 29 districts, administratively subordinated to nine cities. As a result, more than 220 thousand people were injured, two died.

These days the province of Guangdong, which is adjacent to Guangxi, also found itself in captivity of the water element. The number of people suffering from floods in Guangdong reached 74 thousand people.