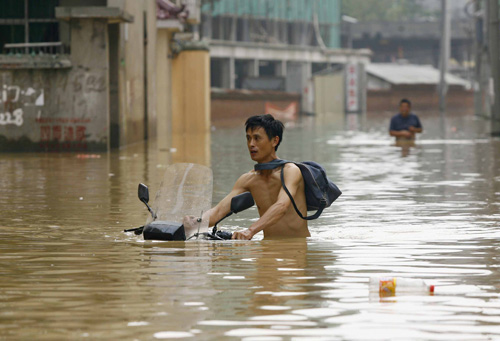 The authorities in the provinces of Jiangxi (East China) and Hubei (Central China) were evacuated because of the rains caused flooding over 4.6 thousand inhabitants. Hundreds of thousands of people suffered material damage.

Due to the floods in Jiangxi province, one person was killed 1.8 thousand people were evacuated from affected areas.

The people’s government of Hubei province reported about the evacuation of more than 2.8 thousand people. In the province dumped about 26 thousand hectares of crops, the authorities assessed the damage from floods in 400 million yuan (us$60,74 million).

According to “Zhongguo Sylvanian”, in the metropolis of Chongqing (southwest China) 381 thousand people suffered material damage from the heavy rains. Local authorities estimated damage from the floods of 749 million yuan ($115 million).