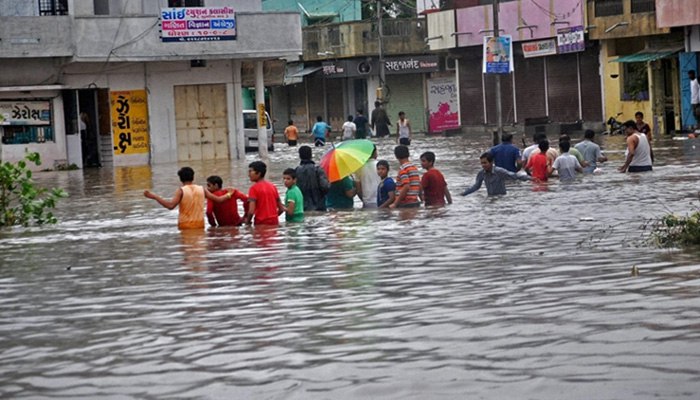 Strong rains over the past weekend have caused floods in the Indian state of Gujarat. As a result of the disaster, 14 people died. In some areas, during only 24 hours on July 15-16, 300 mm of precipitation fell.

The fourth largest city in the state of Rajkot fell 206 mm of rain, with an average rainfall for the whole of July is 240 mm. In the rescue operation, the air force was involved. Hundreds of people were evacuated to safe areas. About 400 people were rescued.