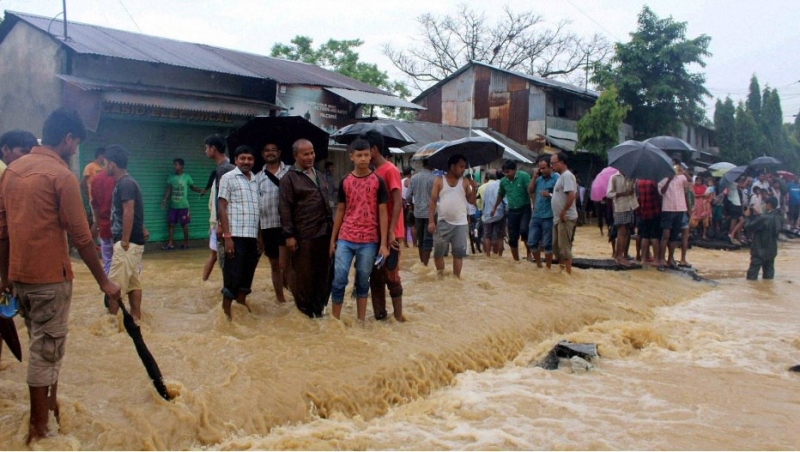 In the result of heavy rains have flooded a vast area of the Indian state of Assam. The victims of the floods in recent days, there were seven people.

According to the National Directorate on liquidation of consequences of natural disasters of India (ASDMA), from the disaster affected thousands of residents in 1206 villages in 14 districts. Their homes were forced to leave about 22 thousand people. Authorities organized in the affected areas 81 camp to assist the local population.The water level in the river Brahmaputra in many places rose to dangerous heights. In this regard, between some cities suspended the movement of ferries.