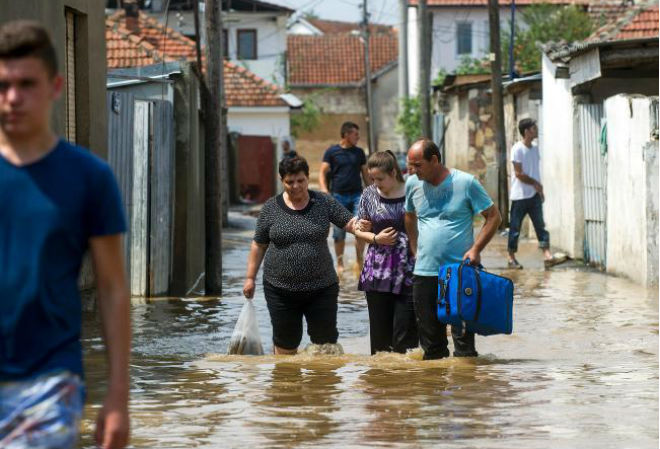 In the result of flash floods caused by strong storm in the capital of Macedonia Skopje has killed at least 17 people. Authorities fear that the death toll could increase.

Heavy rains flooded a section of the ring road around Skopje. Some cars torrents of water swept hundreds of meters.

Vice-Prime Minister Nikola Todorov said Sunday that “this is a disaster of unprecedented proportions”. He noted that he had received unconfirmed reports of three more deaths.

Most of the bad weather affected the Northern suburbs of Skopje, where it was flooded many homes. The flood also engulfed the city centre. In some places there are failures in the electricity supply.

Earlier police said 22 victims of the storm. In the most affected areas were sent truckloads of drinking water.