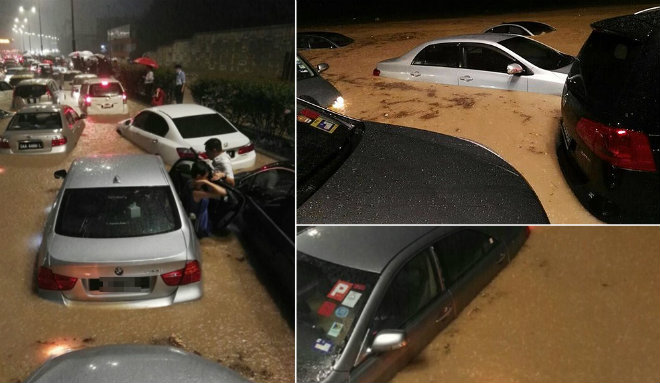 Flash floods hit several key roads in Kuala Lumpur, with the result that the vehicle was trapped after a shower.

The four rains have flooded roads and residential areas. About 100 cars were the elements caught in a trap on the way to Kuala Lumpur, making motorists to leave their vehicles. 11 people were rescued, including a woman having difficulty breathing.

These flash floods were not the first in the Klang valley this week flooding also occurred earlier on Tuesday. Fortunately, there were no victims of disaster.