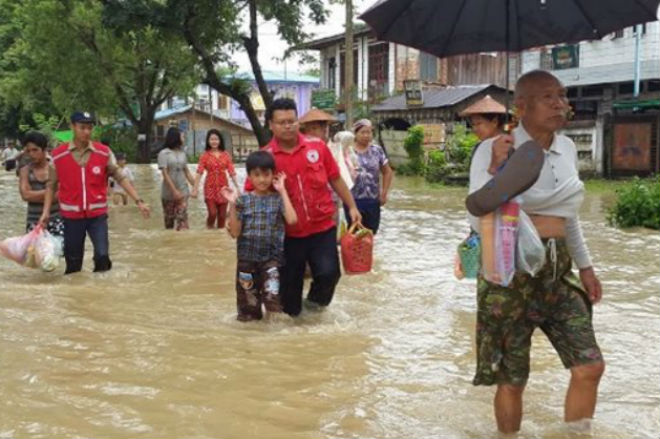 Pouring since early July rains in various parts of Myanmar, caused further floods and landslides in six States of the country.

Most from the bad weather affected the region Rachi, where for the past several days about 25 thousand people were forced to leave their homes. At least two people in the floods died. Damaged more than 5 thousand houses, destroyed bridges, eroded road. Some villages are cut off from the outside world. In the region were closed hundreds of schools.
Under water has also been found at home in Sagaing district. About 1 thousand people were evacuated to safe areas.

The authorities and humanitarian organizations sent to the affected areas, tarps, hygiene kits and drinking water and means for water purification. The first wave of floods caused by monsoon rains have covered the country in June. Then the victims of natural disasters were 14 people.