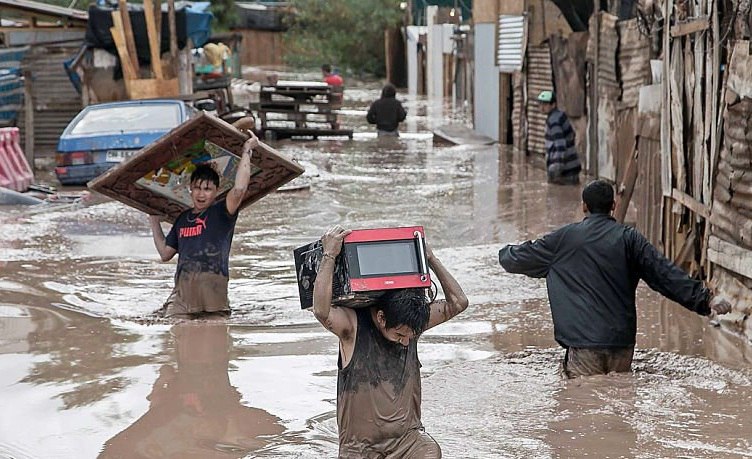 Do new data on the number of deaths as a result of floods in Peru. The death toll has reached 23 people. Large-scale rescue operation launched in Peru in the territories particularly affected by heavy rains which had led floods, mudflows and landslides. For disasters, sent more than a thousand troops in the country. A further 1,800 are in a state of readiness in case of deterioration of the situation.

It is also reported that the floods affected more than 15 million homes, including 994 were destroyed completely, yet 562 — uninhabitable. Blurry more than 375 kilometers of road, of which 46 km is completely destroyed. Approximately 14 bridges were demolished by flood waters, 32 bridge crossings partially destroyed.