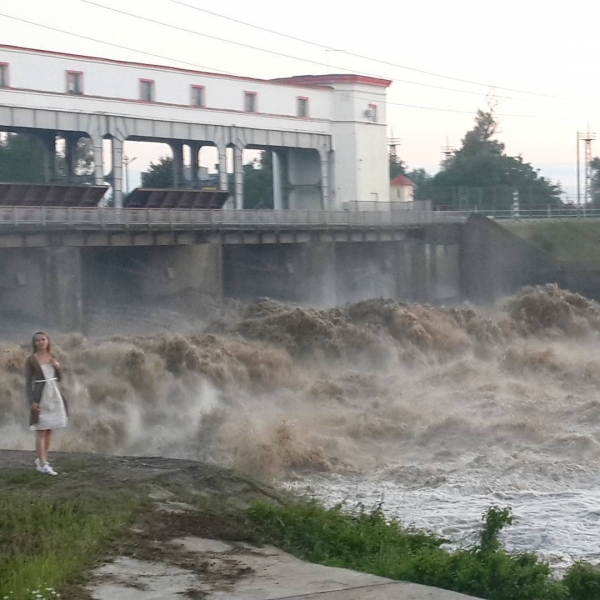 In the Lazarev district of Sochi still has an emergency warning about the weather and the local emergency mode. All residents and guests of the resort are asked to observe caution. Road services have already managed to establish connections with three mountain towns, which was blocked because of the mudslides. Earlier, the Ministry of emergency situations evacuated from there by helicopter 45 people, including 21 children.

The main impact of elements took over the Lazarevskoe district of Sochi, in one hour here had the monthly rainfall. Resulting in small mountain rivers turned into streams, carrying trees and boulders in the human growth.

Almost immediately 4 mountain village Alekseyevka, tat’yanovka, Marino and Kirova were blocked because of the mudslides. Did not because of the element of light in them. By noon, crews had managed to clear the road only to Alekseyevka. Most of the inhabitants of this settlement were quickly evacuated by local authorities on the eve of the disaster. Back home, when it became possible, some villagers were missing domestic animals, and someone lost their personal property. Caused damage and a number of residential buildings. Says a local resident Igor Yolkin, not when did not think that the brook near his house can do so much harm.

“Screaming Howler, alerts — evacuate, people were evacuated. Here we have truckers at night took there even worse than here. And there, where is it? On the way down. But not pass not pass not possible. There the river has risen, well risen, flooded everything, I guess. All the houses that are there, apparently, was flooded,” — says Igor Yolkin, a resident of Alekseevka village.

Meanwhile, work crews continued to get the rest blocked because of the natural disaster, human settlements. In them, according to local authorities home to 312 people. But overflights by helicopter showed the sense in this. In a videoconference mode of the headquarters for emergency response the mayor of Sochi, the head of the region reported on the road leading to these settlements wiped off the face of the earth two bridges.

I introduced a state of emergency in four settlements. Because this road that we’re talking about, it is really shattered in two places, but 4 human settlements cannot be reached. Been done and is being done the other way, the old road, which was in Soviet times, was used as the state farm road. Now the technique makes the engraving, and today, trucks going down that road, everything you need and, in particular, up to 20 hours will restore these points of electricity”, — said Anatoly Pakhomov, mayor of Sochi.

The rainfall has considerably raised the level of the river, Salvage. And, as a consequence, near the village of Thessaloniki water was washed a shore from a road bridge on the Federal highway А147. In this regard, the dipped section of the road with an area of about 25 square meters. After the examination, the rest of the terminal was permitted reverse movement.

“From one o’clock was running a reverse movement, traffic jams and cars accumulation is not observed. Road service with a.m. started to assess the situation and repair the roadway and retaining walls. Tomorrow to the end of the day the road builders promise to restore the roadway,” reported Andrei Popov, Deputy head of the main Department of EMERCOM of Russia in Krasnodar region, the head of Sochi.

Little impact occurred in the Adler district of Sochi. About three o’clock in the morning in the village of kepsha came from the banks of the eponymous river. In a neighbouring village due to the mudslide damaged several houses. Wanting to move from affected by the disaster settlements were taken by special transport, including a helicopter. In total, according to the MOE were evacuated 30 people, including 17 children and one pregnant woman. About the victims of this emergency information is not available. To eliminate the latter powerful shower in Sochi attracted 179 people, 59 units of equipment.