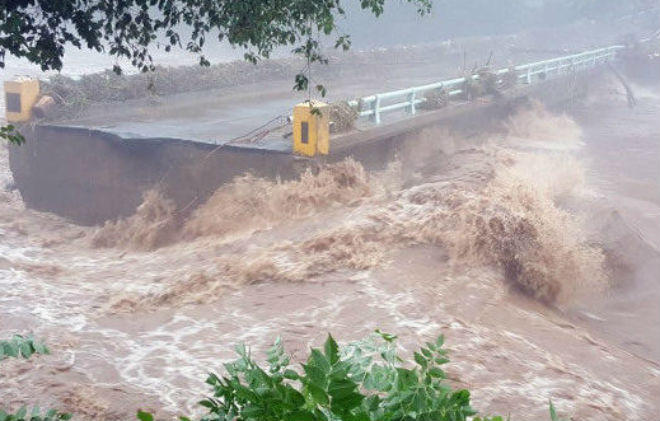 From heavy rains on Monday, South Korea suffered. At least one person is listed as missing.

As a result of floods caused by heavy rainfall, bridges were destroyed and roads damaged. About 70 houses have been flooded in Seoul and other metropolitan areas. The entrance to 241 objects in nine mountain national parks was also limited.

The 86-year-old man is listed as missing after he was swept away by a stormy stream of water in the city of Cheongju.

According to the forecast of the Korean Meteorological Administration, under the influence of the typhoon “Nanmadol” on Wednesday in Seoul, Gyeonggi Province and most other parts of the country, even more rainy weather is expected – from 30 to 80 mm of precipitation per hour.