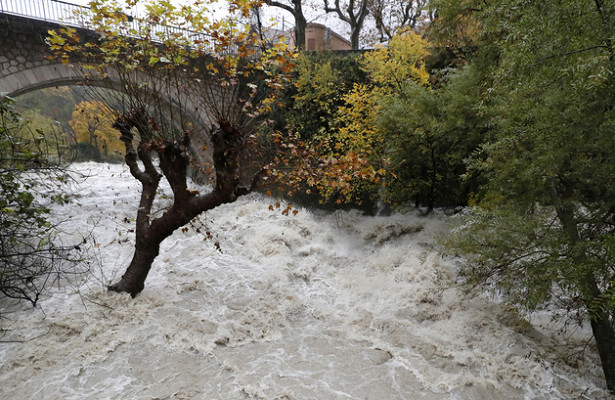 A squad of rescuers discovered on Sunday in the area of ​​the city of Tanneron (Var department) a car in which the bodies of a man and a woman were. The death toll in a flood in southeastern France was four.

According to this information, the car found was in a ravine. She was dumped there by powerful streams of water. Earlier, the rescuers found the bodies of two other people – also in the Var department. The first dead was found near the town of Le Muy, where on Saturday, during the evacuation of residents, a rescue boat turned over. The streams of water carried the man away and it was not possible to save him. The second dead was found in the territory of the commune of Kabas inside the car. No other data is given about him. Among the people still wanted is a 78-year-old man who left his home and was knocked down and carried away by streams of water.

Over the past two days, in two districts of the Var and Primorye Alps departments, a two- or even a three-month rainfall fell. This led to the overflow of rivers, landslides, flooding of the streets of cities, even such large as Cannes and Nice. A helicopter in the Var department raised 230 people from the water, and these rescue operations continued even at night.

Currently, water levels in rivers are starting to decline. However, tens of thousands of houses and numerous abandoned cars are still flooded, residents of 2.4 thousand houses are left without electricity in the Var department.

Showers are caused by a mixture of cold mountain air and warm Mediterranean air. This is a periodically repeated phenomenon in the south of France, which, however, can have different scales and consequences.