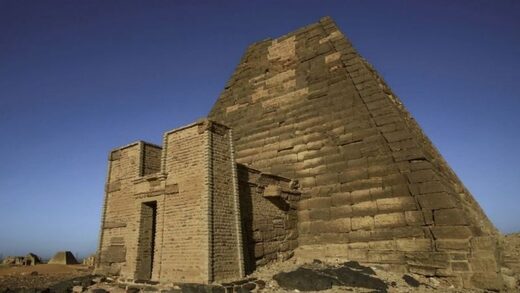 Sudanese authorities are trying to protect the country’s ancient pyramids from flooding, as the nearby Nile River has reached record levels due to heavy rains.

There are many ruins on this site, which are more than 2300 years old.

Floods have killed about 100 people across the country and left thousands homeless.

The Nile overflows its banks regularly and farmers rely on flood waters to create fertile land, but the scale of flooding this year is very unusual.

“Floods have never affected this site before,” said Mr Mayo.

“The situation is currently under control, but if the level of the Nile continues to rise, the measures taken may not be enough.”