Flooding in the Philippines 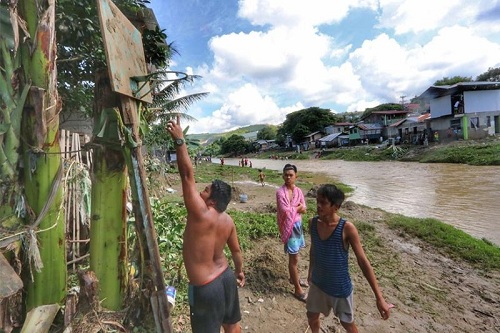 841 families have been evacuated from five areas of Talisay City, Cebu, after the Mananga River flooded.

Joy Tumulak, chief of the Traffic Operations and Development Department of Talisay City (CT-Toda), dispelled rumors that the flooding was caused by damage to the Barangay Campo 4 levee.

He said most of the affected residents live in low-lying areas that were quickly submerged due to rising water levels when the river burst its banks.

Tumulak believes there was heavy rain in the mountains, which caused the water in the river to rise.

The city’s Disaster Risk Reduction and Management Office (CDRRMO) received a report of flooding in the Manang River. Rescuers who reached Sitio Bahal in Barangay Dumlog were forced to wade in water that reached their necks.

As a result, Santillana immediately called for help from the Philippine National Police and the Bureau of Fire Protection, which dispatched personnel to the affected areas. The Philippine Coast Guard also assisted in the rescue operation.

In Cebu City, more than 90 families were affected by landslides and flooding after a heavy downpour Saturday morning. However, there were no reports of casualties or deaths.