Flooding in the Tyumen region of Russia 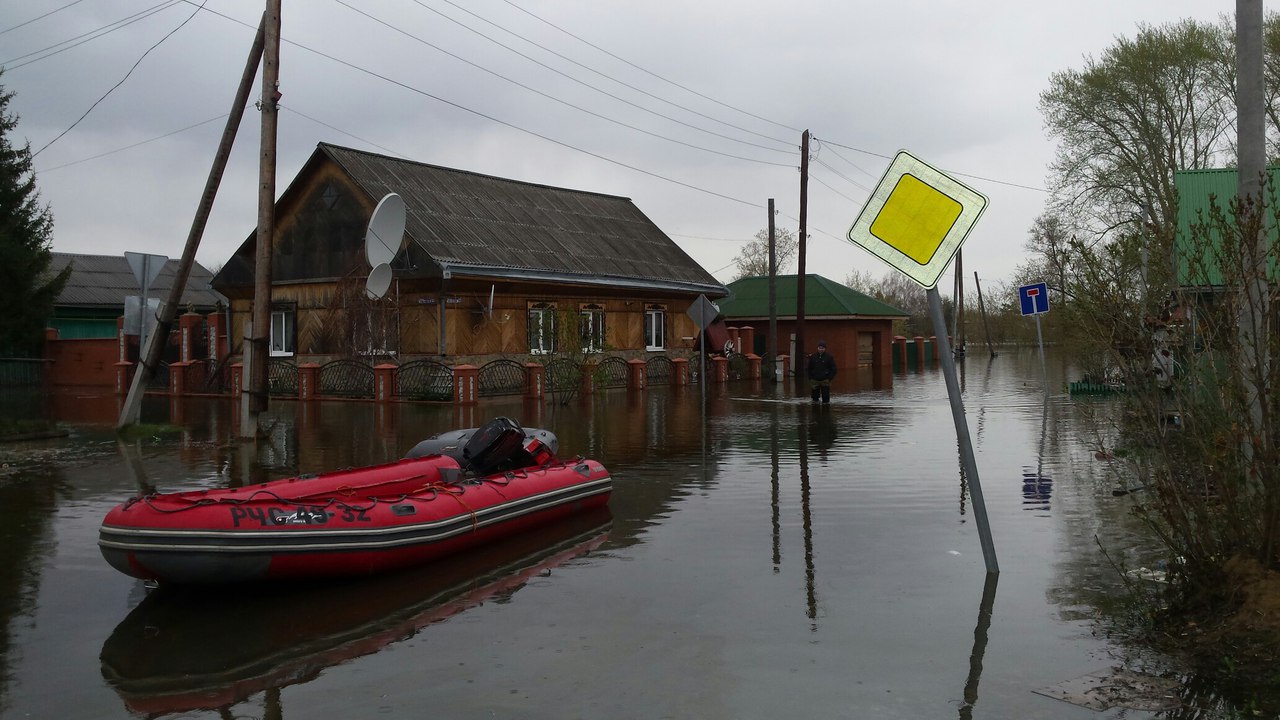 “More than 400 specialists of various services, 140 units of equipment, including 32 swimming equipment, are concentrated in the Ishim district.” To redetermine the operational situation and deliver rescuers to the places of work from Yekaterinburg, the Mi-8 helicopter of EMERCOM of Russia was redeployed to Ishim district, ” Press service.

The department noted that works are also being carried out to strengthen dams, fill earth walls, fill bags with sand, and build up a roadway.

“The water in the Ishim River continues to rise, the flood wave runs along the river from the territory of Kazakhstan.In Ishim district, garden companies are still suffering from flooding, all gardeners are recommended to leave the garden community and refrain from visiting them until the situation is completely stabilized. There will be residential houses on the outskirts of the settlements.The local authorities have prepared for the reception of people 10 temporary accommodation points, the capacity of which is about 1 thousand people, “the press service said.
The press service added that automobile traffic to the danger zone is regulated by posts of the traffic police.

The city administration reported that 10 city residents were delivered to temporary accommodation facilities (TACs). Evacuation of patients of the psycho-neurological dispensary to the regional hospital number 4 is also under way.
“Over the past 24 hours, the water level in the Ishim River has increased by another 50 cm and amounted to 944 cm. Evacuation of people from the zone of alleged flooding is being carried out, 10 people, including three children, were delivered to the TAC at night. As of the morning of May 7, 12 garden Partnerships, several streets.In the flooding zone is the garage cooperative “Yuzhny”, evacuating the patients of the dispensary of the regional clinical psychiatric hospital to the regional hospital number 4, “the report says.

The press service added that the grouping of forces and means to combat the elements was increased by another 50 people by specialists from the Ural Search and Rescue Unit, more than 300 people are involved in the fight against the elements: employees of city services, the Ministry for Emergency Situations, police and volunteers.

“The work continues to increase the crest of the dams in the garden associations” Lokomotiv-2 “,” Mebelnik “, over the last two days, more than 3 thousand sandbags have been laid here, additional dams are strengthened with earth and a dense polyethylene film, the dam was started in the area of ​​Chapaev streets And Telman.Fully limited to the entrance to the territory of all gardens that fall into the zone of emergency, “- said in the administration.

Earlier it was reported that on May 5, because of the flood in the city of Ishim, the emergency regime was introduced. According to the city administration, on May 6, five gardens were flooded, in which 460 garden plots are located. According to data on the morning of May 7, over the past day the water level in the Ishim River increased by another 50 centimeters and was 944 centimeters.